EDIT: I continued work on these ideas and released a proof-of-concept for predicting chronostratigraphic well log tops called, Predictatops. More details in this blog post.

I think predicting stratigraphic surfaces in well logs programmatically is a really interesting, if difficult, problem.  I've been working on it from time to time over the last few months as a side project after starting it as a hackathon project. A person I know from the twitter-verse is going to this years version of the same AAPG hackathon and wanted to work on the same problem. He contacted me for suggestions. Although I've gotten some encouraging results, there are lots of paths to improvement that have not been to be tested. That means I have a lot of interesting but very likely wrong ideas in my head, which I'm sharing below. I'm also coming of 13 hours of jet lag. I apologize in advance for everything being a bulleted list and maybe not entirely making sense at times. Good luck!

Some Basics for the non-geologists:

What are well logs?

Well logs are basically point measurements taken at set intervals along a well bore drilled into the earth. Typically, a half a foot is a common interval. These measurements are often visualized as line graphs tilted on their side. Depth is the y axis. Measurement of some physical property is the x axis. The number of different types of measurements, well curves, in a well varies. Typically, it might be three to twelve different curves. Wikipedia has some good general information on well logs.

What type of correlation?

Due to the fact that well logs don't directly measure age, chronostratigraphic correlations are interpretations by a geologist based on what they think formation A and formation B should look like.

A good example of programmatic lithostratigraphic correlation is the CORRELATOR Fortran-based software out of the Kansas Geological Survey.

Potential Hypotheses and Ideas for Framimg the Problem

Geologic Truths that would be nice to include some how in any sort of automated approach?

Thoughts I give less weights but might be useful

Things I wonder about

My current work in this problem space

I like tree-based algorithms for this problem it seems like they would deal well with class characteristics changing spatially and there are ways to visualizing the resulting leaves of a decision tree, which eliminates a lot of the black-box problem some people have with machine-learning. Additionally, if you can see into the algorithm decision making process, it might inspire creation of additional features or even new ways of looking at the geology.

Notes on setting up the problem 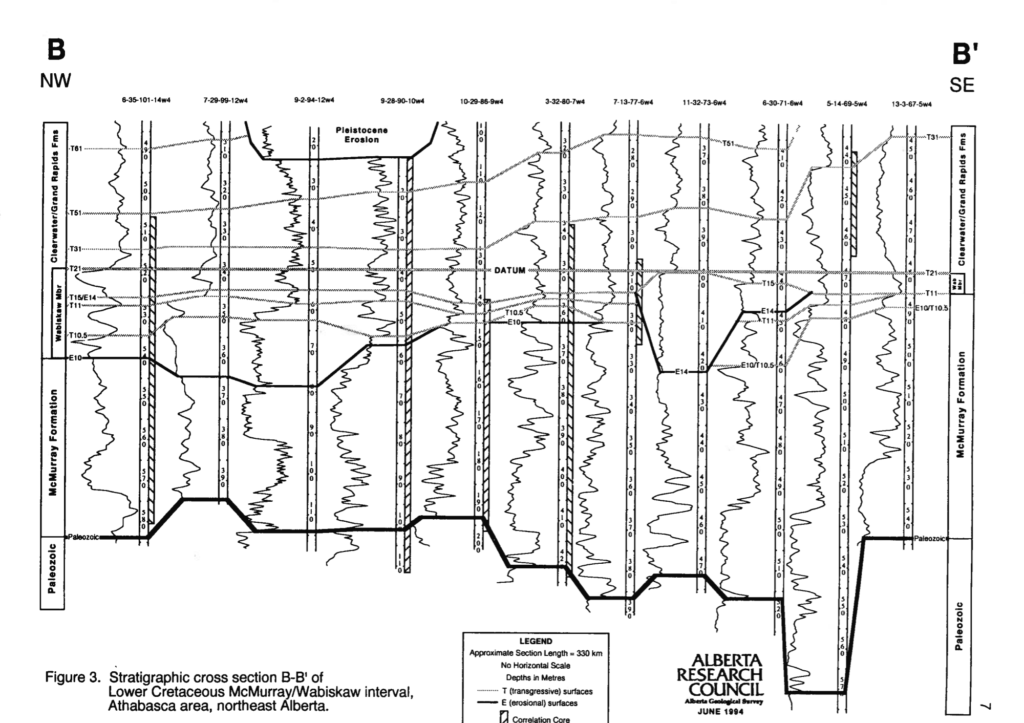 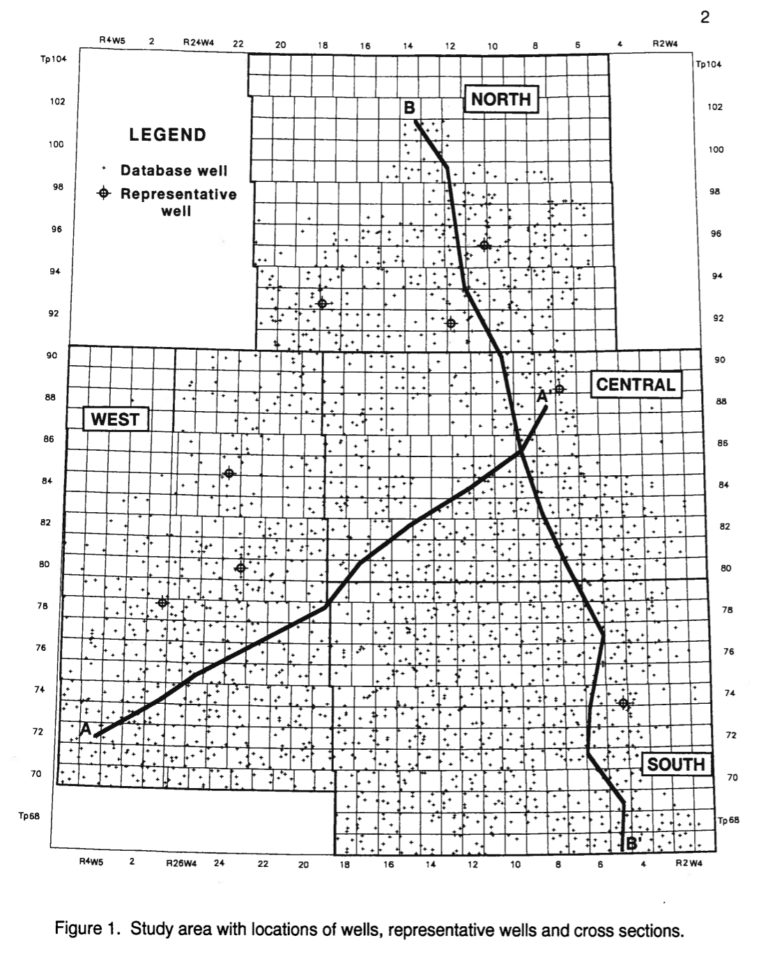 Map of Mannville wells in the Alberta Geological Survey open file report 1994-14 that are used in the project I’m doing at the github link.